Regulatory Law: An Impediment for Fintechs?

On Thursday, 21 November 2019, within the framework of Fintech Week Vienna, the commercial law firm Binder Grösswang held a panel discussion for invited guests on the topic “Regulatory Law: An Impediment for Fintechs?” at the firm’s premises at Sterngasse 13 in Vienna.

The panellists Georg Hauer, General Manager for the DACH region, N26; Andreas Kern, founder and CEO of wikifolio; Thomas Niss, founder of Own Austria and Carina Wolf, Chief Legal Officer at Bitpanda, discussed the regulatory conditions for fintechs. The discussion was moderated by Corinna Milborn, anchorwoman of PULS 4 television.

In his words of welcome, Michael Kutschera, Managing Partner and Spokesperson at Binder Grösswang, described the current developments in the fintech industry and opened the discussion with questions such as: “Can the current regulatory legislation keep up with the pace of expansion and innovative power of this industry? How can we ensure that regulatory law does not impede technological transformation?”

The opening statement of Binder Grösswang partner and banking & finance specialist Stephan Heckenthaler initiated an exciting exchange of opinions relating to the degree of regulation: “On the one hand,” he said, “probably no other industry is as strongly regulated as the finance industry. Traditional market participants, as well, see themselves confronted with an unbelievably detailed regulatory regime. On the other hand, there are regulatory deficits in the currently applicable legislation – partly due to the ongoing technological transformation.”

Austria as a business location

Panellist Georg Hauer, General Manager for the DACH region at N26, sees the need for a greater uniformity of regulatory rules, in order to enhance Europe’s attractiveness as a business location. He stated that otherwise, companies from the USA, as well as from various Asian markets ‒ which have enormous advantages by virtue of the size of their home markets alone ‒ would dominate international competition in the future.

Hauer explained: “Regulatory law does not have to be only a hindrance; it can also provide opportunities. One example is that it is possible to operate as a bank in all EU states with only one licence. This was an important driver for the rapid expansion of N26.”

Andreas Kern, founder and CEO of wikifolio, described the beginnings of wikifolio, when the team invested a great deal of time and money in overcoming regulatory hurdles, but declared that he was glad the field of securities trading was strictly regulated: “Otherwise,” he pointed out, “we would have many more ‒ and potentially less reputable ‒ providers. I am not saying this because I’m afraid of competition, but because I know that dubious offers undermine the trust of investors and dampen their general propensity to invest.”

Kern, too, would like to see a harmonization of regulatory law. He explained that in Austria there are rules that go beyond EU law, a case in point being market making. “In Austria this requires a full banking licence, but in Germany it does not. Moreover, the principle of proportionality should be reasonably applied and customers’ interests should always be kept in mind.”

On the other hand, in his opinion there should be more rapid intervention in cases of obvious circumvention of the obligation to produce a prospectus for ICOs, because otherwise the trust of investors will be forfeited.

Small risks should be permitted

“Reliable regulatory law is of great significance for the functioning of the capital market,” emphasized Thomas Niss, founder of Own Austria. “The application of the principle of proportionality plays a special role here: small risks have to be permitted; large risk have to be consistently controlled,” he underlined. According to Niss, the real problem is that the rules are still not fully harmonized and are interpreted differently by the various national supervisory authorities; “this hinders regional expansion, and providers in countries with more progressive legislation and interpretation practice have a significant competitive advantage.”

Carina Wolf, Chief Legal Officer at Bitpanda, sees regulatory law as positive and beneficial, on the whole, because it gives investors and customers security. She believes, however, that regulation must not be considered a cure-all, because regulatory law will never protect people one hundred per cent from unreasonable actions on their own part. “Transparency and, above all, comprehensible products are of paramount importance,” Wolf said. “Here there is substantial potential for improvement, particularly in the world of finance.”

Wolf also stated that in order to facilitate and promote growth, a harmonization of the legal conditions within the EU is highly desirable, and mentioned the passporting of prospectuses as a positive example of a uniform rule that functions EU-wide. “However,” she warned, “gold plating should be clearly avoided. Specifically, there should not be different degrees of strictness in the national transpositions of regulatory law within the EU, because this leads to distortions of competition within the Union, depending on the location of the fintech. In our opinion, this should be avoided.”

The discussion series Binder Grösswang impulse focuses on topical issues and outstanding personalities, and takes place twice annually in the exclusive ambience of the firm’s premises in Vienna. 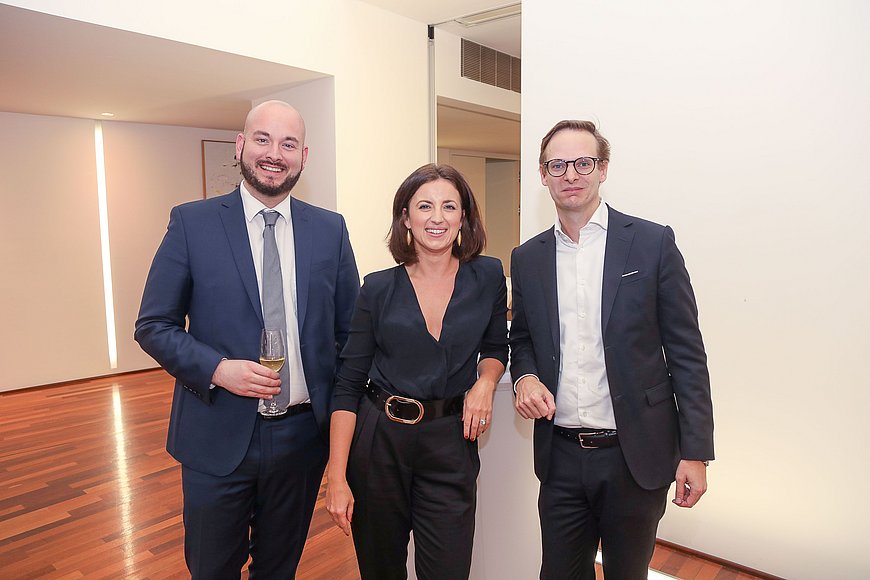 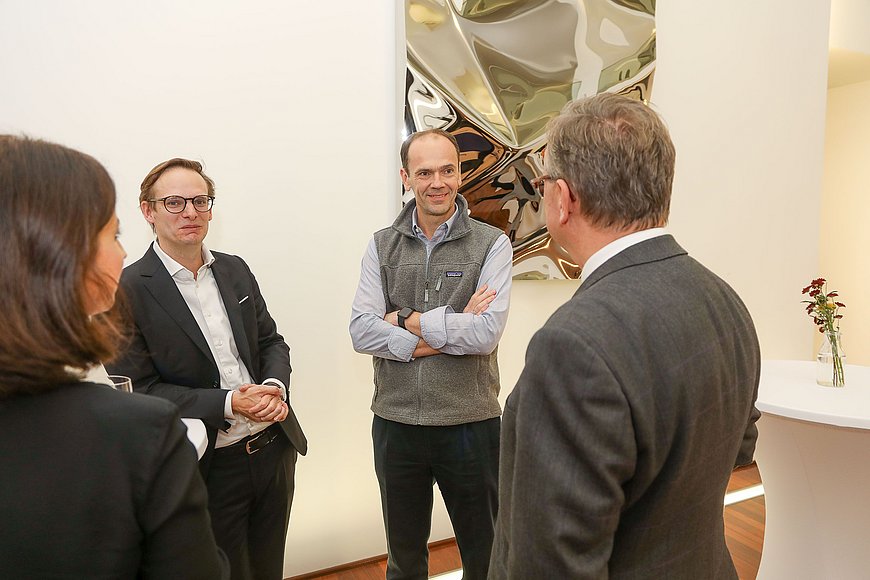 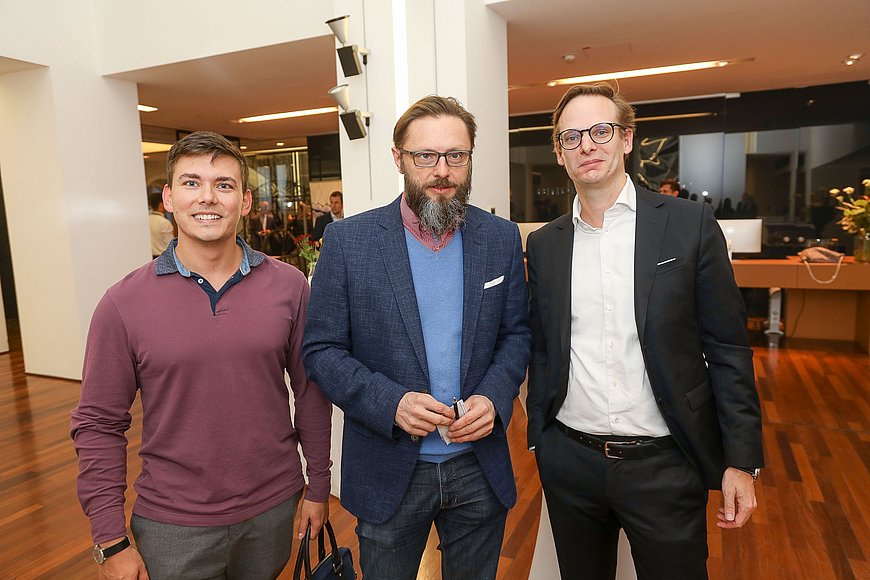 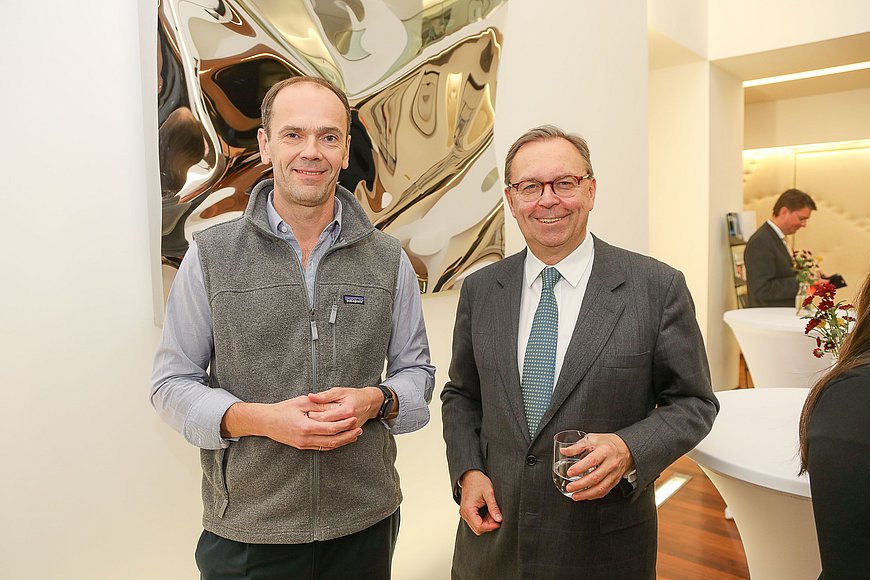 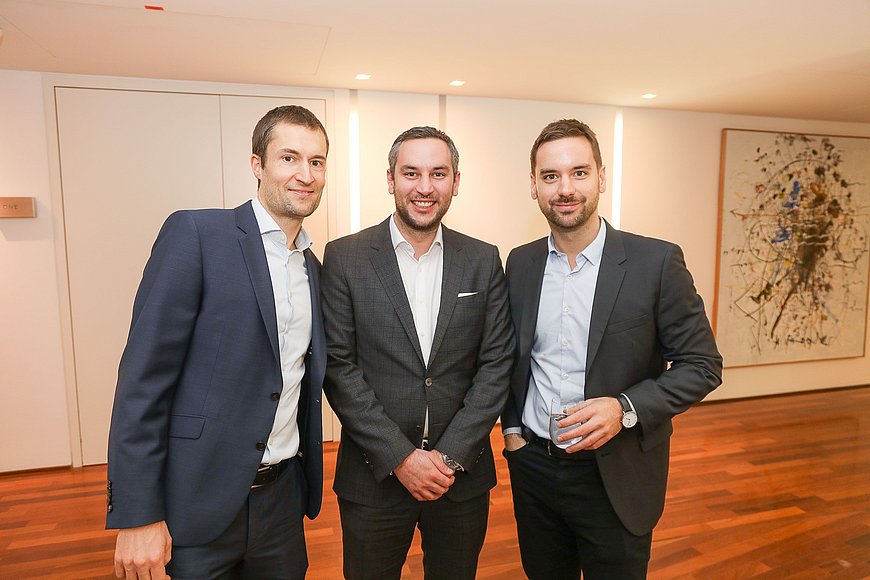 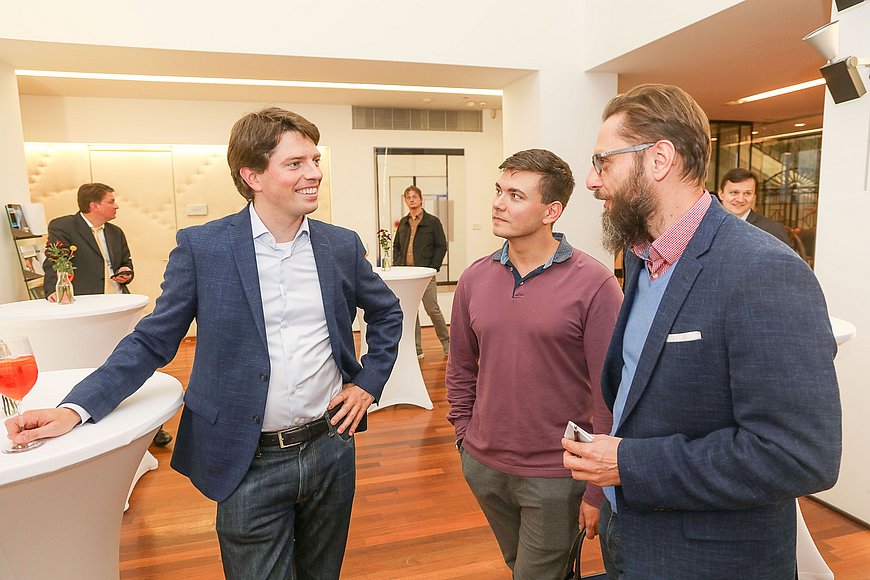 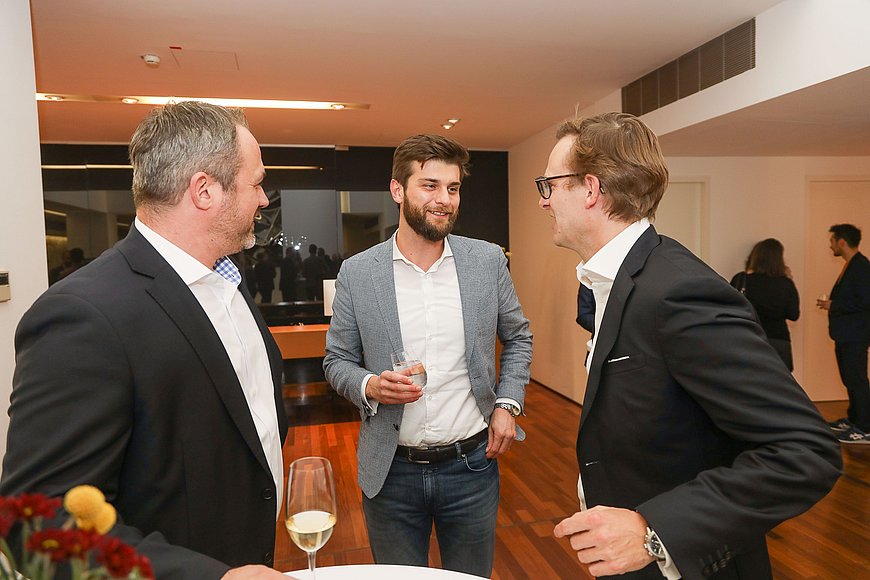 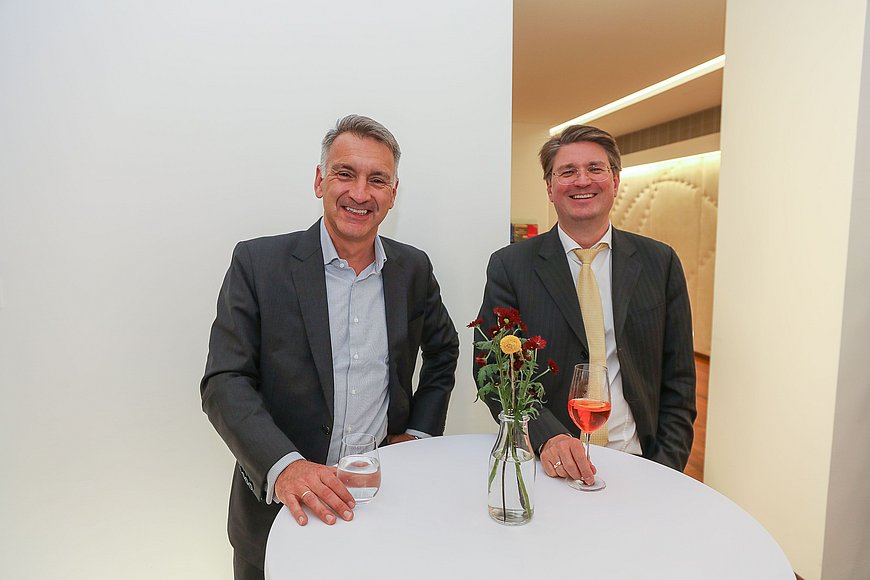 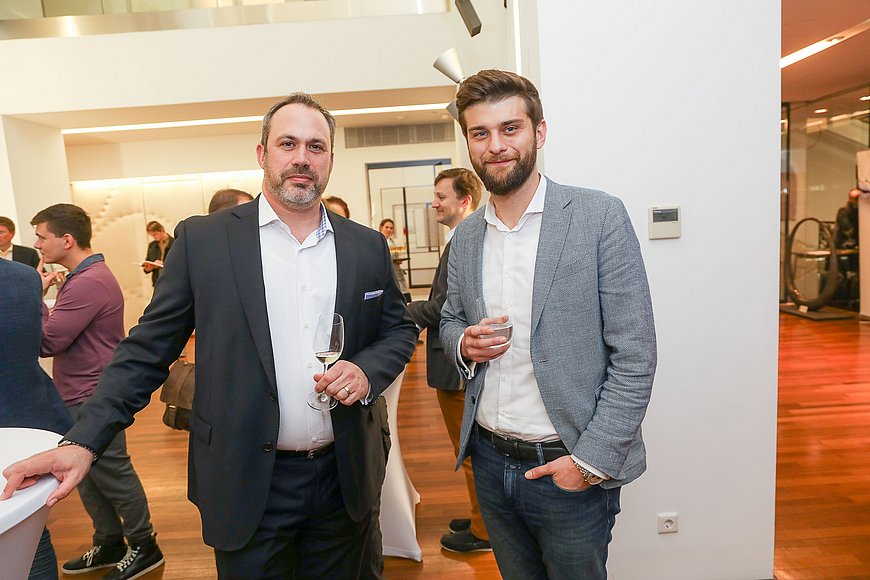 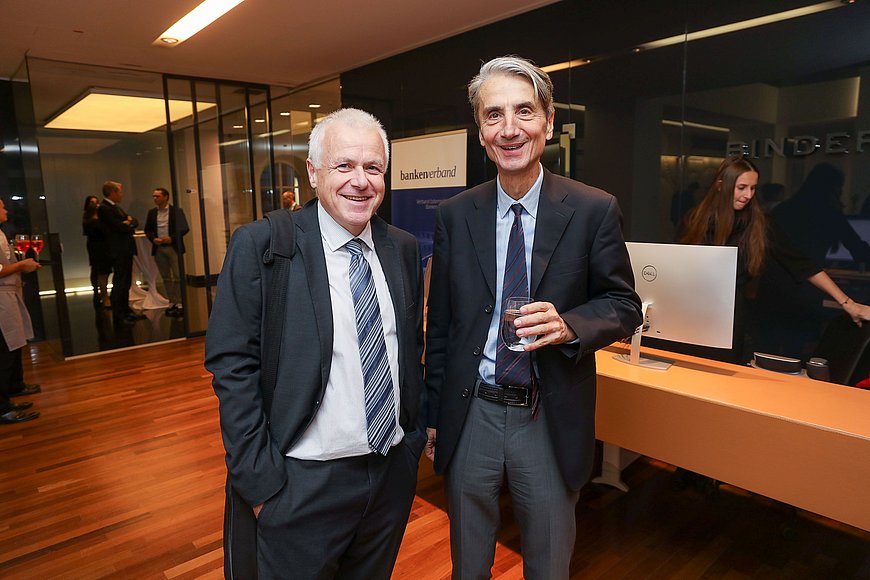 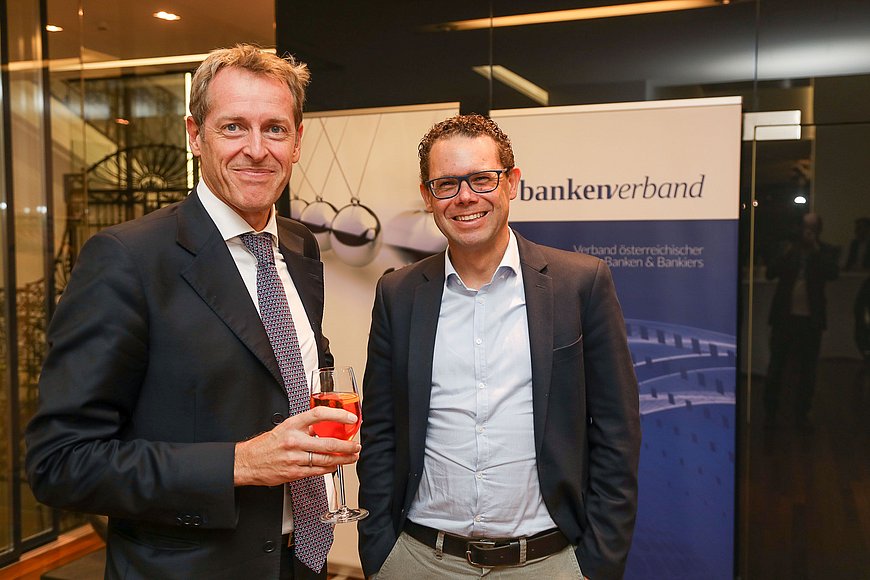 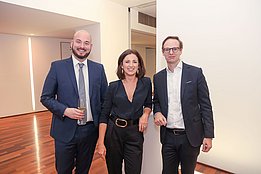 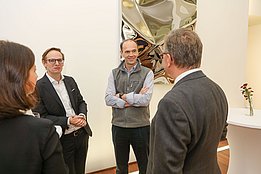 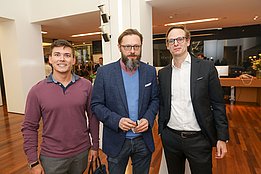 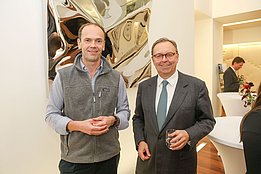 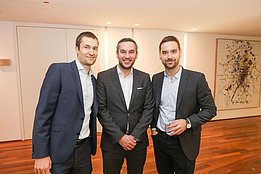 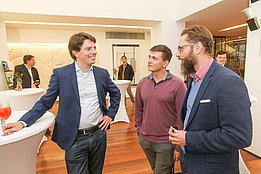 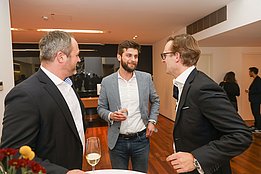 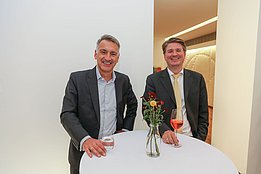 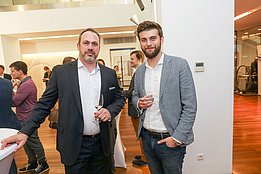 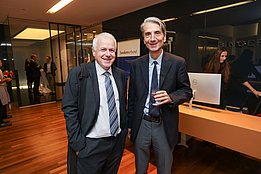 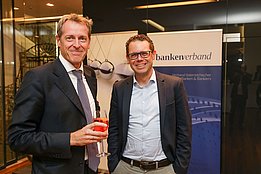